As debates about police brutality and systemic racism rock the country in the wake of George Floyd’s horrific death at the hands of a police officer in Minneapolis, Black Lives Matter activist Shaun King let himself utter an uncomfortable truth that other activists have been ignoring: Democrats control all the major cities where black people are experiencing the most police brutality and systemic racism.

In a tweet on Friday, the activist scolded those who tell black Americans to affect change through voting, asserting that such blind thinking may not exactly be the panacea people are talking about.

“STOP generically telling us to VOTE in response to all of the police brutality we have right now,” said King. “Yes we should vote. But we have to be VERY specific. Democrats, from top to bottom, are running the cities with the worst police brutality in America right now. We voted for them.”

STOP generically telling us to VOTE in response to all of the police brutality we have right now.

Yes we should vote. But we have to be VERY specific.

Democrats, from top to bottom, are running the cities with the worst police brutality in America right now.

We voted for them.

Shaun King has yet to delete his tweet, even though Republicans have rightly been using it to point out what they have known for years: every institution that black Americans have the most issue with – Hollywood, law enforcement, the justice system – are predominantly run by Democrats.

Speaking with Tucker Carlson last week, Bob Woodson, founder of the Woodson Center, noted that for the past 50 years, Democrats have been the boss of every major American city, flooding them with poverty programs that have made the situation worse.

“In the past 50 years, $22 trillion has been spent on poverty programs. Seventy percent goes not to the poor but those who serve poor people,” he said. “So many of those people taking office use this money to create a class of people who are running these cities, and now after 50 years of liberal Democrats running the inner cities, where we have all of these inequities that we have, race is being used as a ruse, as a means of deflecting attention away from critical questions such as, why are poor blacks failing in systems run by their own people? It’s more class than it is race … and now race is being used to deflect attention away from the failures of people running those institutions. The question is why are black kids failing in school systems run by their own people?”

“When Eric Holder was a U.S. Attorney in Washington, D.C., a lot of young people were shot by the police, but they were black police shooting black kids, and not one was prosecuted,” he continued. “But there was no public outcry because as long as illegality or evil wears a black face, then it escapes detection and that’s what’s wrong with looking life through the prism of race. I don’t know what systemic racism is. Maybe someone can explain what that means.”

Your DNA test could get your cousin's ex arrested for murder. A recent case shows how.

The rise of DNA testing kits has all but guaranteed that even people who have never uploaded DNA to a genealogy website can be found.        [...]

Biden confronts divided Congress in State of the Union

President Joe Biden urged a divided Congress during his second State of the Union address to "finish the job" of rebuilding the economy and uniting the nation with the aim of reassuring a country beset by pessimism and fraught political divisions. (Feb. 8)       [...]

In his first speech to Congress since Republicans took control of the House, President Joe Biden called for unity in his State of the Union address. But the president was heckled throughout the speech, reflecting the newly empowered GOP. (Feb. 7)       [...] 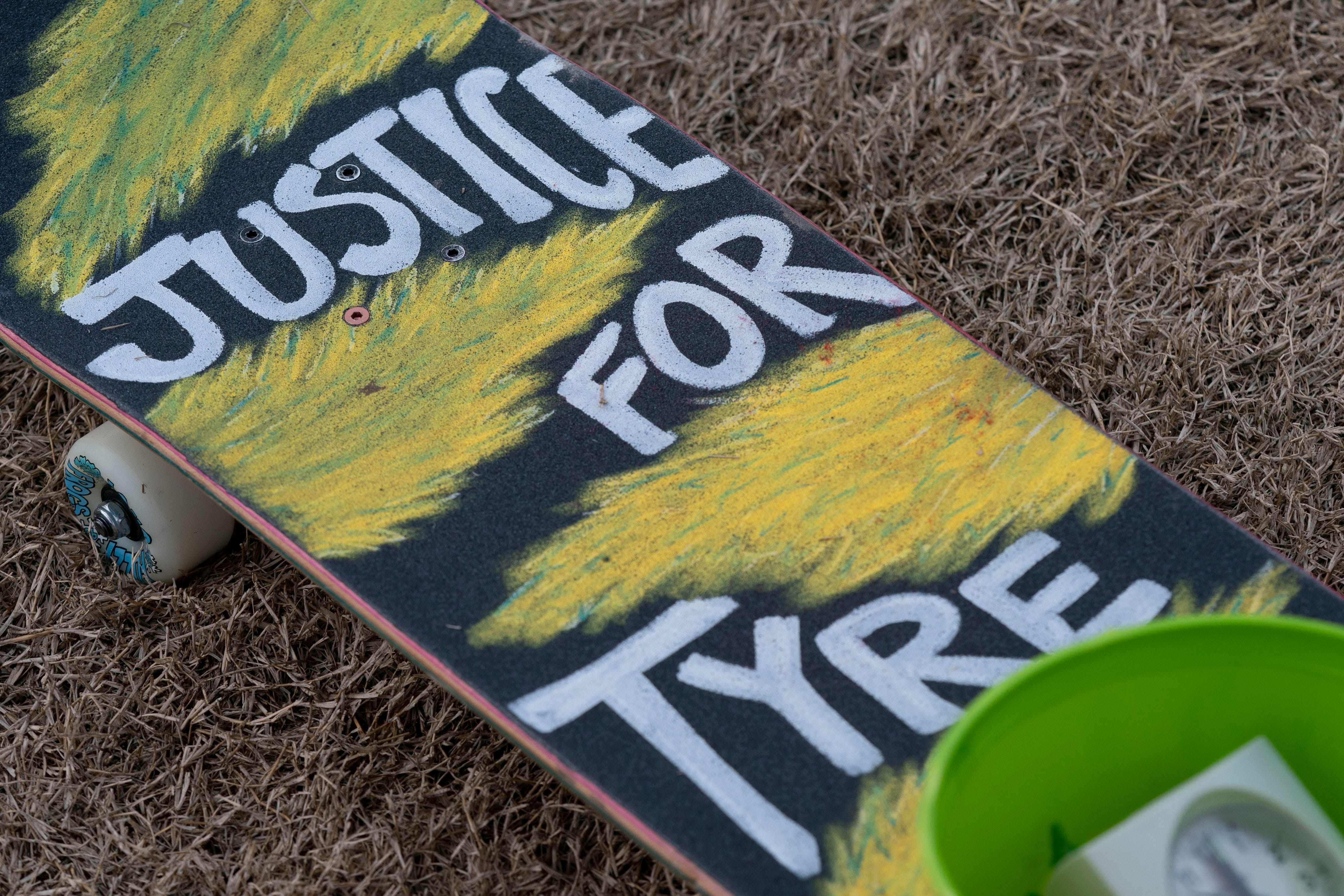 Former officer Demetrius Haley took a picture of Tyre Nichols after he was beaten and texted it to multiple people, newly released documents show.        [...]

Frantic race to save lives in Turkey devastating quake

Rescuers are racing against time to pull survivors from rubble after the magnitude 7.8 earthquake struck Turkey on February 6. Unstable piles of metal and concrete made the search efforts perilous, while freezing temperatures made them ever more urgent.       [...]

President Joe Biden made a blink-and-you-might-miss-it reference to the suspected Chinese spy balloon that a US fighter jets shot down. "If China's threatens our sovereignty, we will act to protect our country," he said. (Feb. 8)       [...]