Apple Inc. CEO Tim Cook says his company will fight a federal magistrate’s order to hack its users in connection with the investigation of the San Bernardino, California shootings, asserting that would undermine encryption by creating a backdoor that could potentially be used on other future devices.

Cook’s ferocious response, posted early Wednesday on the company’s website, came after an order from U.S. Magistrate Judge Sheri Pym that Apple Inc. help the Obama administration break into an encrypted iPhone belonging to one of the shooters in the December attack.

The first-of-its-kind ruling was a significant victory for the Justice Department in a technology policy debate that pits digital privacy against national security interests.

Noting the order Tuesday from federal Magistrate Judge Sheri Pym in California, Cook said “this moment calls for public discussion, and we want our customers and people around the country to understand what is at stake.”

Cook argued that the order “has implications far beyond the legal case at hand.”

Pym ordered Apple to help the FBI hack into an encrypted iPhone belonging to one of the San Bernardino shooters.., and setting the stage for a legal fight between the federal government and Silicon Valley over a first-of-its-kind ruling.

The order directing Apple to help the FBI break into an encrypted iPhone belonging to one of the San Bernardo shooters represents a significant victory for the Justice Department. The Obama administration has embraced stronger encryption as a way to keep consumers safe on the Internet, but struggled to find a compelling example to make its case.

Cook said in the website posting that the U.S. government order would undermine encryption by using specialized software to create an essential back door that he compared to a “master key, capable of opening hundreds of millions of locks.”

“In the wrong hands, this software — which does not exist today — would have the potential to unlock any iPhone in someone’s physical possession,” Cook wrote. “The FBI may use different words to describe this tool, but make no mistake: Building a version of iOS that bypasses security in this way would undeniably create a back door. And while the government may argue that its use would be limited to this case, there is no way to guarantee such control.”

FBI Director James Comey told members of Congress last week that encryption is a major problem for law enforcement who “find a device that can’t be opened even when a judge says there’s probable cause to open it.”

The ruling Tuesday tied the problem to the deadliest terrorist attack on U.S. soil since the 2001 attacks on the World Trade Center and the Pentagon. Syed Farook and his wife, Tashfeen Malik, killed 14 people in a Dec. 2 shooting at a holiday luncheon for Farook’s co-workers. The couple later died in a gun battle with police.

Federal prosecutors told the judge in a court proceeding Tuesday — that was conducted without Apple being allowed to participate — that investigators can’t access a work phone used by Farook because they don’t know his passcode and Apple has not cooperated. Under U.S. law, a work phone is generally the property of a person’s employer. The judge told Apple to provide an estimate of its cost to comply with her order, suggesting that the government will be expected to pay for the work.

Apple has provided default encryption on its iPhones since 2014, allowing any device’s contents to be accessed only by the user who knows the phone’s passcode.

The ruling by Pym, a former federal prosecutor, requires Apple to supply highly specialized software the FBI can load onto the county-owned work iPhone to bypass a self-destruct feature, which erases the phone’s data after too many unsuccessful attempts to unlock it. The FBI wants to be able to try different combinations in rapid sequence until it finds the right one.

It was not immediately clear what investigators believe they might find on Farook’s work phone or why the information would not be available from third-party service providers, such as Google or Facebook, though investigators think the device may hold clues about whom the couple communicated with and where they may have traveled.

The couple took pains to physically destroy two personally owned cell phones, crushing them beyond the FBI’s ability to recover information from them. They also removed a hard drive from their computer; it has not been found despite investigators diving for days for potential electronic evidence in a nearby lake.

Farook was not carrying his work iPhone during the attack. It was discovered after a subsequent search. It was not known whether Farook forgot about the iPhone or did not care whether investigators found it.

The phone was running the newest version of Apple’s iPhone operating system, which requires a passcode and cannot be accessed by Apple, unlike earlier operating systems or older phone models. San Bernardino County provided Farook with an iPhone configured to erase data after 10 consecutive unsuccessful unlocking attempts. The FBI said that feature appeared to be active on Farook’s iPhone as of the last time he performed a backup.

The judge didn’t spell out her rationale in her three-page order, but the ruling comes amid a similar case in the U.S. District Court for the Eastern District of New York.

Investigators are still working to piece together a missing 18 minutes in Farook and Malik’s timeline from Dec. 2. Investigators have concluded they were at least partly inspired by the Islamic State group; Malik’s Facebook page included a note pledging allegiance to the group’s leader around the time of the attack.

In 2014, Apple updated its iPhone operating system to require that the phone be locked by a passcode that only the user knows. Previously, the company could use an extraction tool that would physically plug into the phone and allow it to respond to search warrant requests from the government.

FBI Director James Comey told members of Congress last week that encryption is a major problem for law enforcement who “find a device that can’t be opened even when a judge says there’s probable cause to open it.”

The Memo Has Been Released 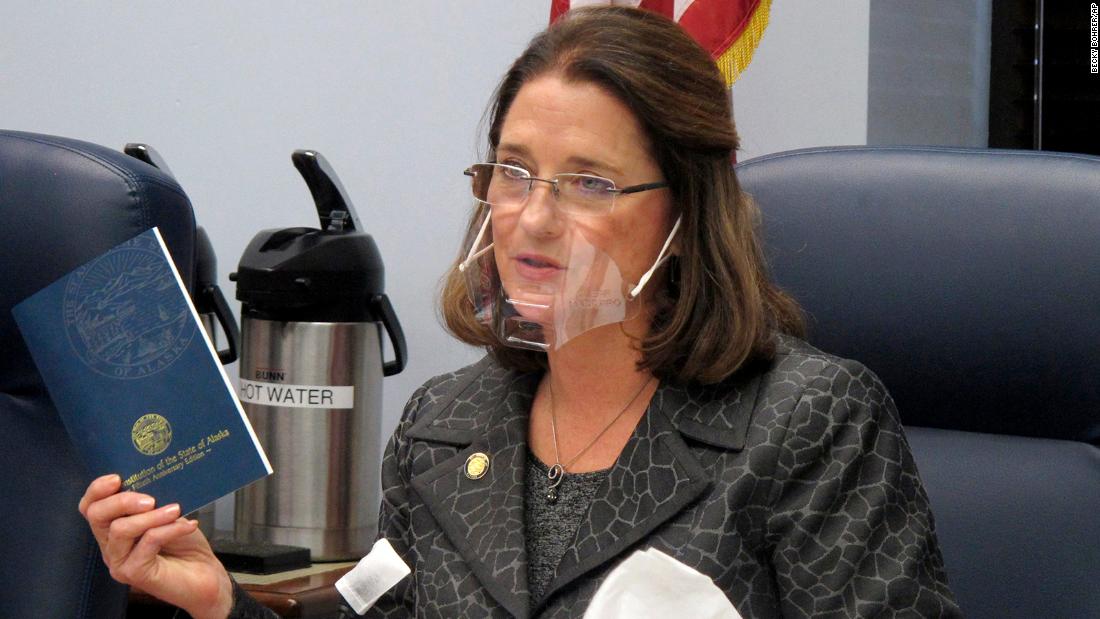 An Alaska state lawmaker who had called flight attendants "mask bullies" and clashed with airline employees on video over mask rules is now banned from Alaska Airlines for her "continued refusal to comply" with the mask policy, the airline said in a statement. [...]

After George Floyd's death, medical students demanded a change to this common practice 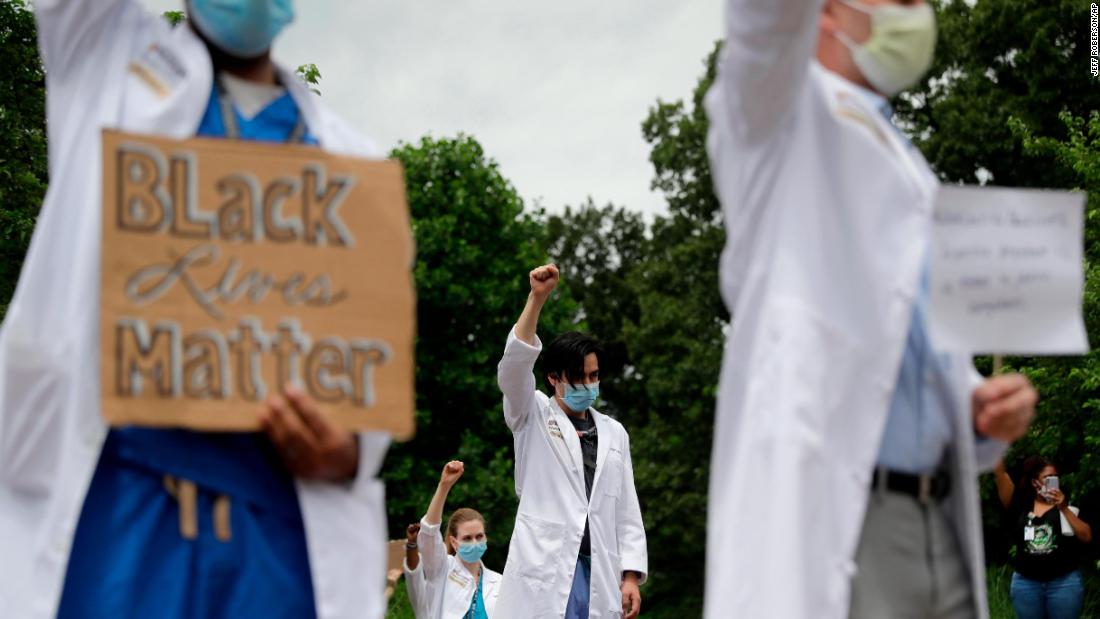 When she first learned about race correction, Naomi Nkinsi was one of five Black medical students in her class at the University of Washington. [...] 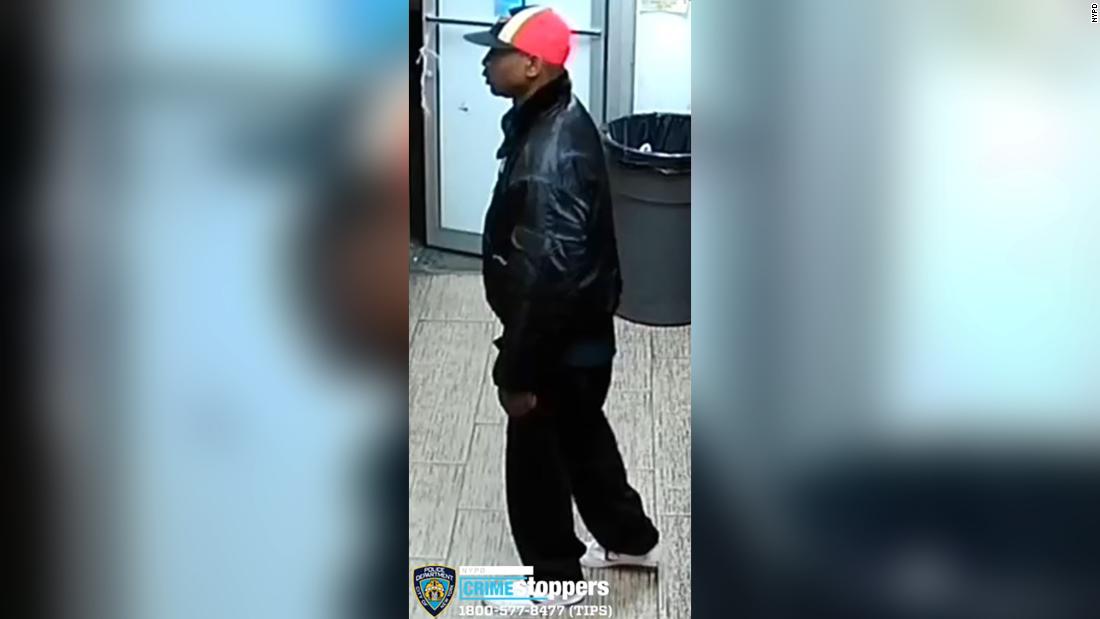 A man has been arrested in connection with the case of a 61-year-old Asian man who was attacked last week in New York, police said. [...] 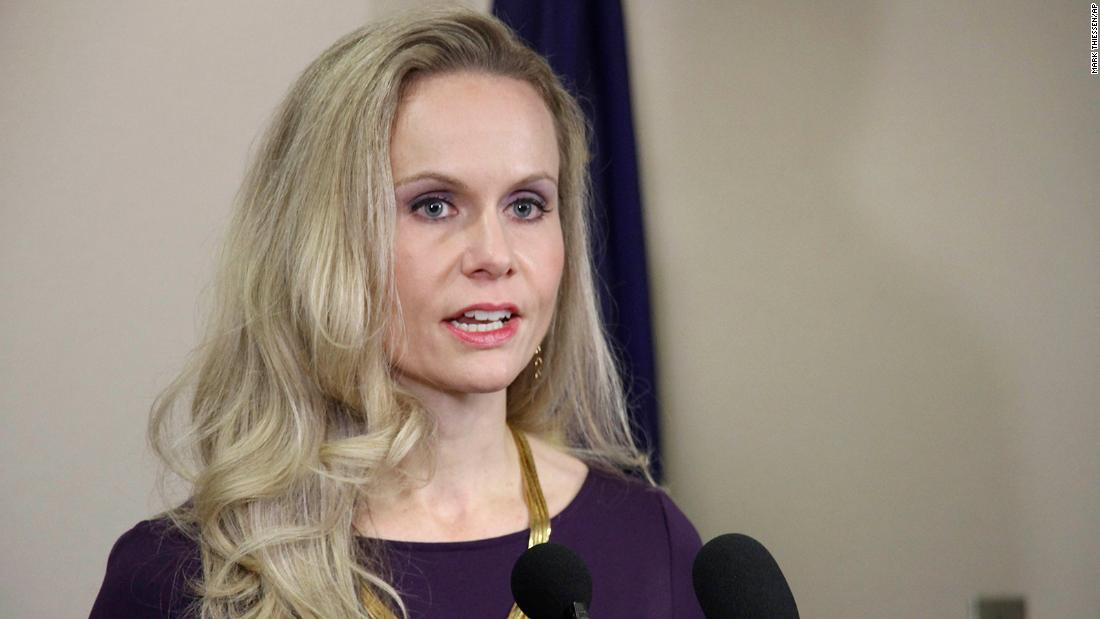 Kelly Tshibaka, a Republican Senate candidate seeking to challenge Alaska Sen. Lisa Murkowski in 2022, once wrote in support of an "ex-gay" Christian organization that promoted discredited "conversion therapy" and said that homosexuality was caused by "sexual molestation during childhood." [...] 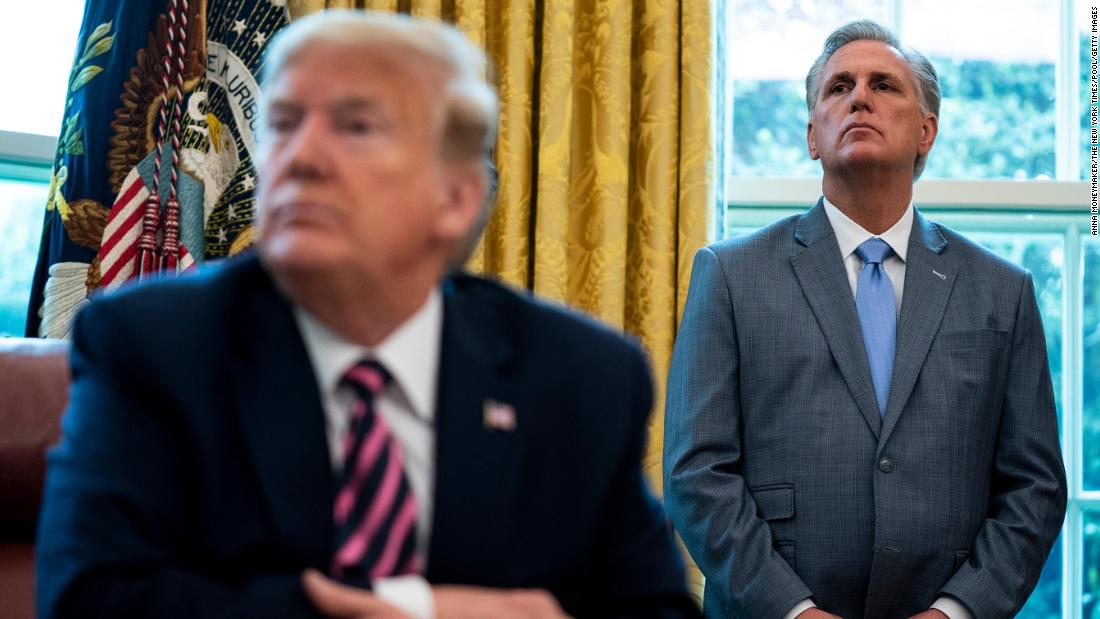 House Minority Leader Kevin McCarthy continues to thread a precarious needle as he tries to balance all the factions of the Republican Party by simultaneously keeping close to former President Donald Trump while also rewriting the narrative of his role on both January 6 and the weeks leading up to the insurrection at the US Capitol. [...] 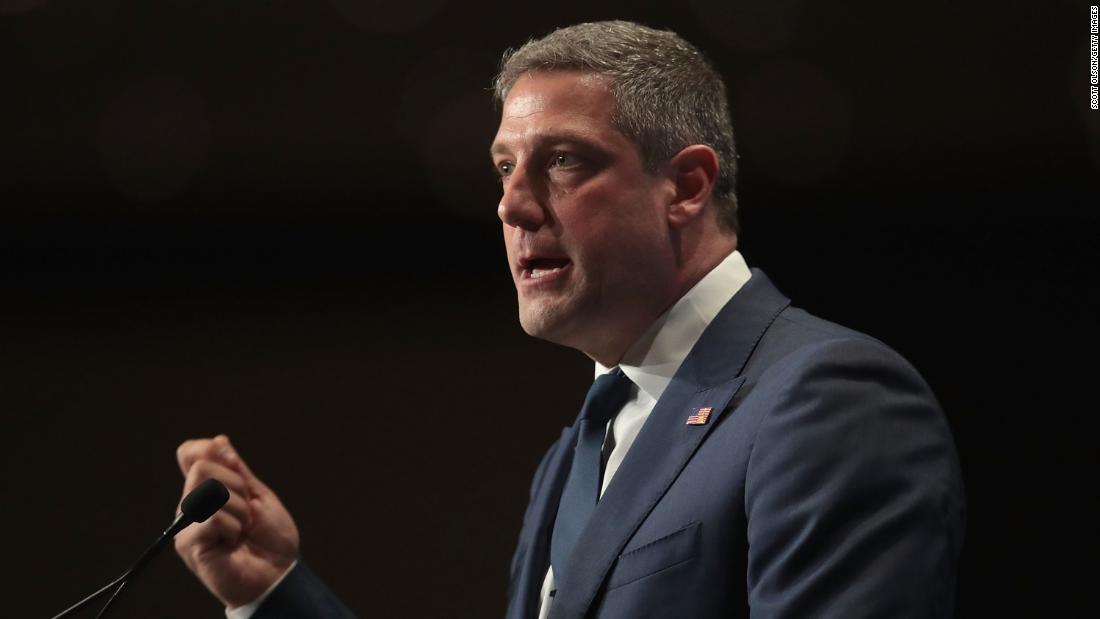 Ohio Rep. Tim Ryan launched his Senate campaign on Monday, betting that the state that turned red in the Trump era can return to the Democratic party in 2022. [...]